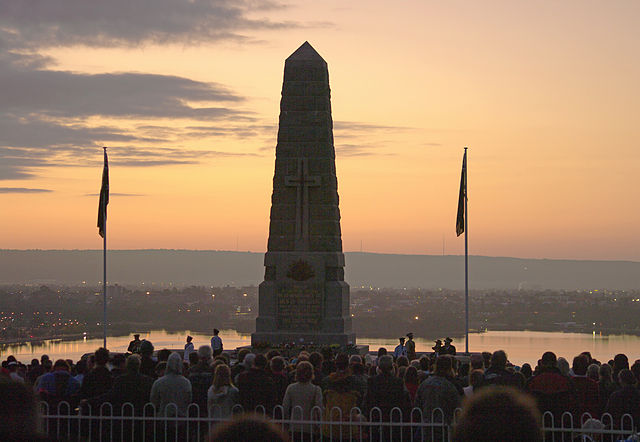 Australia had become a federal nation on 1st January 1901 when the British Parliament passed the legislation allowing the six Australian colonies to govern in their own rights within the Commonwealth of Australia. The First World War broke out in 1914 and the Australian government wanted to establish its reputation and superiority over other nations. War was declared by Britain in 1915 and Australia being a part of the Commonwealth, automatically became a party to the war. The Australian and New Zealand armies were sent to capture the Gallipoli peninsula to assist the allied navies. The plan was to capture Istanbul (erstwhile Constantinople) which was the capital of the Ottoman empire.

The forces of both the nations reached Gallipoli on 25th April. They had to face severe resistance and hostility from the Ottoman Turkish forces. This mission became difficult and dragged on for more than 8 months. The soldiers had to face hostility and they were moved out by the allied forces by the end of the year 1915, but not before they had faced severe hardships and suffered fatal casualties by the Ottoman Turkish forces. It is estimated that more than 8000 Australian soldiers lost their lives in the mission to capture Gallipoli. The mission failed but the bravery of the soldiers from both the countries left a mark and legacy and 25th April came to be remembered and celebrated as the Anzac Day and became a public holiday in Australia.

The first Anzac Day celebrations were observed on 25th April 1916. The day is a public holiday in Australia and if it happens to fall during weekends, then the coming Monday is declared a public holiday. Commemorative services are conducted across Australia since early in the morning and then later on ex-servicemen take part in marches and events throughout the major cities of Australia. People gather at Returned and Services League (RSL) clubs on the day. It is the only day when playing the game of two-up is legal. Two-up was an very popular gambling game played by the Anzac soldiers. Australia has a rich culture and legacy in sports and true to this, the Anzac medal is awarded to the player in Australian Football (AFL) who displays the true Anzac spirit of courage, self-sacrifice, courage, and teamwork. In the rugby league, the Anzac test is played a week before the Anzac Day. It remains one of the most important and solemn days for remembrance of Anzac forces in Australia