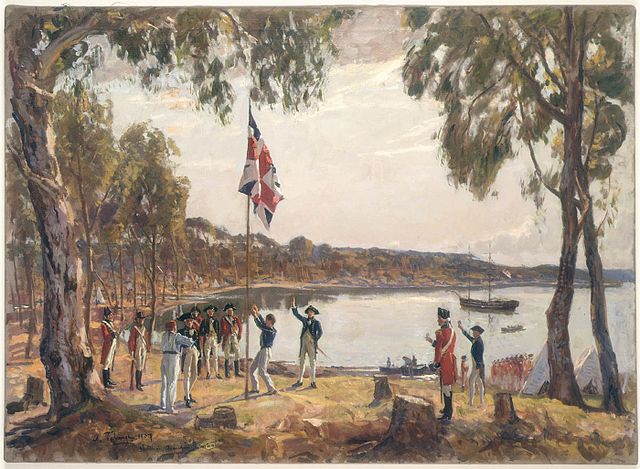 Australia Day is the national day of Australia, celebrated each year on the 26th January. The date marks the anniversary of arrival of the first fleet of British ships at Port Jackson, New South Wales in the year 1788. It also marks the raising of the flag of Great Britain at Sydney Cove by Arthur Philip. On the 26th of January 1788, Captain Arthur Philip managed to guide a fleet of 11 British ships to the New South Wales region, which effectively also marks the founding of Australia. The initial settlers in the land had to overcome harsh conditions and hardships, after which they flourished. Each year the Australia Day is celebrated with great passion and fervor across Australia.

The historical significance of the Australia day dates back to 13th May 1787 when a fleet of 11 British ships were sent under the command of Captain Arthur Philip from England to establish a penal colony on the coast of New South Wales. Captain Philip sailed with about 1000 strong party, of which more than 700 were convicts. It took them eight months to reach their destination and they lost about 30 men during the journey. Captain Philip reached Sydney Cove and he raised the British flag on 26th January 1788, which later came to be observed and celebrated as the Australia Day.

The initial few years of the settlers were hostile and they had to face many hardships. They were faced by unfamiliar climatic conditions and poor soil fertility. This combined with workers who lacked basics of farming led to difficulty in settling initially. There was starvation and the party had to face grave problems in keeping the settlers alive. Captain Philip was an able leader and he started appointing the convicts to positions of responsibility and accountability. He returned back to England in the year 1792. The colony established by the settlers started to prosper and flourish by the beginning of the 19th century. Australia Day became an official holiday on 26th January 1818, 30 years after the first fleet of ships landed on the New South Wales coast. Over time, as Australia became a sovereign country, this day came to be observed as the Australia Day. On the 50th anniversary of the settlement of the colony in the year 1838, Australia Day was declared as the first public holiday of Australia.

The holiday is celebrated across Australia in all the states and territories. The day is an important landmark in Australia’s history and celebrates the contribution of different people to the nation. It is about celebrating the Australian people, their contributions, the democracy and lifestyle of the nation. About 13 million people, which is more than half the population participate in different Australia Day celebrations. The day is marked with outdoor concerts, community barbeques, sports events, fireworks etc. Popular awards like the Order of Australia and Australian of the Year are announced which honor significant individuals and organizations who have made significant contributions to the community and the nation. Perth has the famous fireworks on the day and Sydney organizes popular boat races. Citizenship ceremonies are held across the nation, where new Australians are provided with Australian citizenships, which is regarded as an important feature of the Australia Day celebrations.