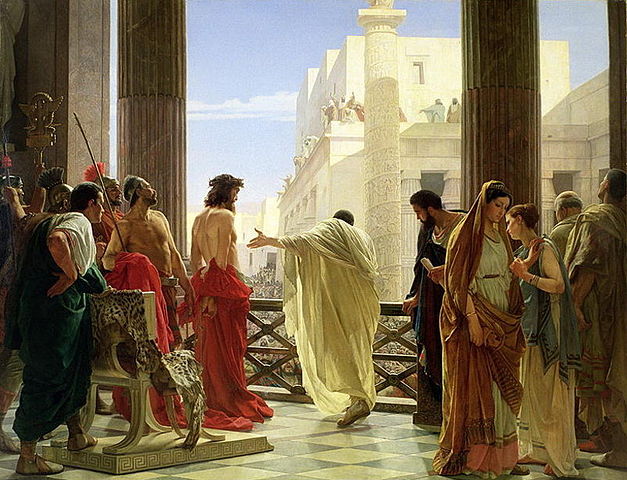 Good Friday and Easter are important dates in the worldwide Christian calendar. These dates are observed and celebrated in remembrance of the crucifixion of Jesus Christ on a Friday, and his coming back to life on the coming Sunday, which came to be known as the Easter Sunday. Easter emphasizes the fact that Jesus is ultimate and marks the pinnacle of “Passion of Christ.” Good Friday is the day of mourning as Jesus was crucified on that day while Easter is a day of celebration when Jesus came back to life after crucifixion. Easter is preceded by lent which is a 40-day period of fasting and penance.

The historical account of Good Friday dates back when Jesus was arrested by the royal soldiers who were helped by one of Jesus’s followers and disciples- Judas Iscariot. He was brought to the Roman prefect Pontius Pilate for hearing. He did not find Jesus to be guilty and agreed to have him whipped and released. According to Biblical accounts, Pilate’s wife had a dream earlier in the day, and she warned him of taking any action against Jesus. Pilate had Jesus whipped and brought him to be released. This was when chief priests brought another charge against him of claiming to be God’s son. Pilate washed his hands as a gesture to show that he did not had any part to play in the condemnation. He sentenced Jesus to death through crucifixion. It was a Friday and Jesus was crucified on the same day.

He was later buried in a tomb. However, his body was not found in the tomb on the following Sunday. It is still believed till today that Jesus came back to life on Sunday. This became a holy day for Christians worldwide and it came to be celebrated as the Easter Sunday. The date of Good Friday keeps changing from one year to the other based on both the Gregorian and the Julian calendars.

Good Friday in Australia is a public holiday and marks a four-day long weekend. People usually take short vacations and spend time with friends and family. Good Friday is observed as the day of mourning and people have small meals. They have an old tradition in Australia of eating fish on this day. They eat hot cross buns flavored with resins, currants, and spices on Good Friday. The hot cross buns are marked with a symbol of cross on the top to mark the event of crucifixion of Jesus Christ. Special prayers and services are conducted in the Churches for mourning the death of Jesus. Many popular sporting events are held on Good Friday. One of the most popular sporting events is the Three Peaks Race held in Tasmania which is a three-tiered sporting event. The three sections consist of sailing, walking and running. Other famous sporting events of Good Friday include the Brisbane to Gladstone yacht race and the Eastern Carnival Racing in Sydney. In Australia, there is a total ban on sale of alcohol on Good Friday to mark the mourning of the crucifixion of Jesus. The public transportation is also hardly available on this day.