This federal holiday is celebrated every 2nd Monday of October each year. 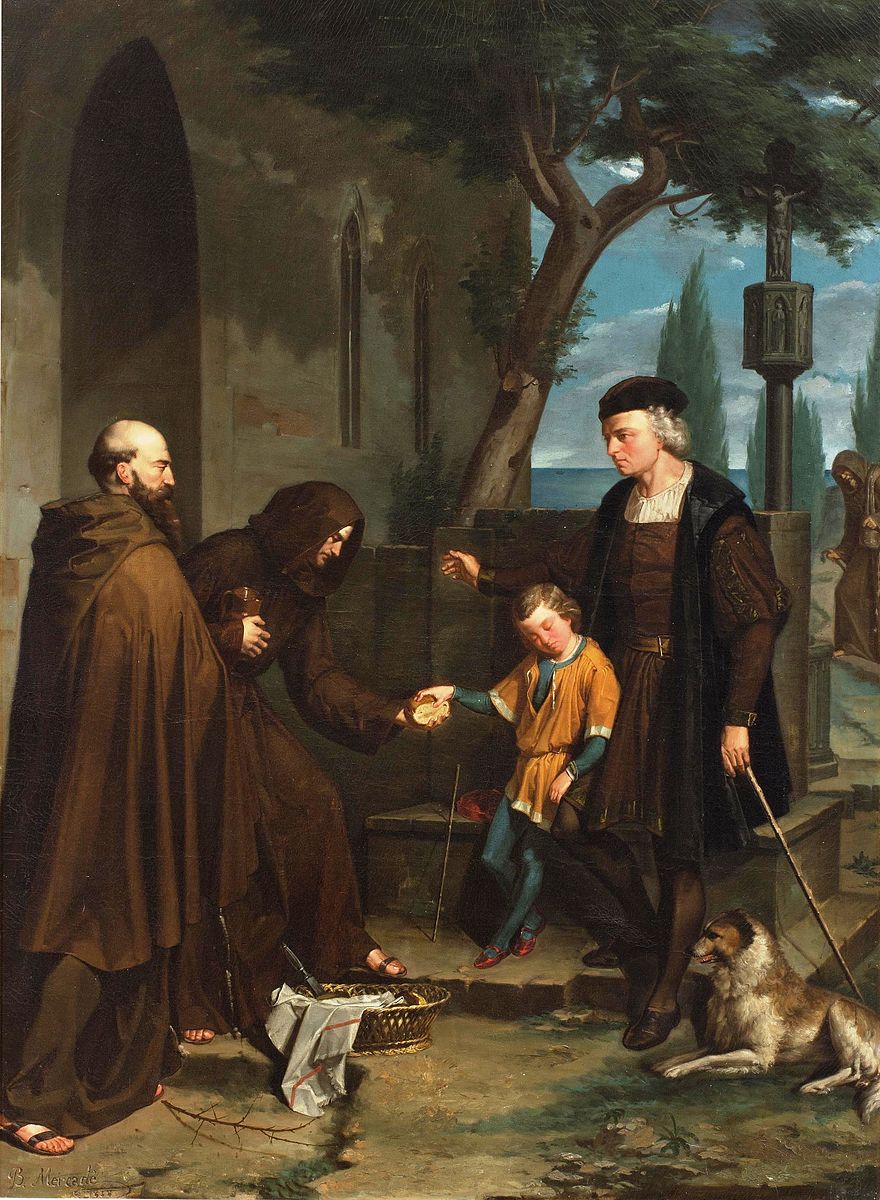 Christopher Columbus at the gates of the monastery of Santa Maria de la Rabida with his son Diego.

Columbus Day is celebrated in the United States and most other South American countries to commemorate the arrival of Christopher Columbus to the Americas on October 12th 1492.

After October 12th 1970 it was decided to fix the second Monday of October as the official Columbus Day and has remained so since then.

Columbus’ landing is considered special in many Latin American countries as well as Spain where it is also considered as a religious festival.

It is celebrated in Belize, Uruguay, Argentina and even in Italy and has been celebrated since the 18th century and continues to this day.

In the United States of America it was the State of Colorado which first declared Columbus Day as an official holiday in the autumn of 1905 which was subsequently extended to cover all states of the United States in 1937, though it has been celebrated within America since the British colonial days.

New York and some other states went a step further and elaborately celebrated the 300th anniversary of Christopher Columbus’s landing on the shores of the Americas in 1792 and along with these celebrations with President Benjamin Harrison calling up the citizens of the USA to celebrate the 400th anniversary of Christopher Columbus’ landing in 1892.

During these celebrations a very different atmosphere pervaded with teachers, preachers, poets and politicians all calling for a more concerted drive to bring about a feeling of patriotism, togetherness, loyalty to the nation and also social progress to enlighten the path the United States had tread over the years.

The Italian / Americans take the landing of Christopher Columbus close to their heart and celebrate his landing on the shores of the Americas as an extension and celebration of their heritage of which they have always been proud of.

The exuberant Italian/Americans first celebrated this day on October 12th 1866 in New York and since then the event has been celebrated as a special day and with the lobbying of a first generation Italian Angelo Noce in Denver the first statewide events to commemorate the landing was initiated and a holiday was proclaimed by Colorado Governor Jesse F. McDonald in 1905.

The countrywide agitation and lobbying continued and a group calling themselves, the Knights of Columbus ably supported by the Italian leader of New York City Generoso Pope, swayed the United States Congress and the incumbent President Franklin Delano Roosevelt to proclaim October 12th as Columbus Day.

There is an element of confusion with Columbus Day coinciding with Thanksgiving Day in Canada and also it adjoins the United States Navy Day which is celebrated on October 13th.

There is also an anomaly where some states celebrate Columbus Day whilst some States do it either in low key or ignore it completely.

San Francisco with a very large Italian/American presence boasts one of the best Columbus Day parades, which has been continuously parading the streets for many years since it was initiated by Nicola Larco in 1868 whilst New York City boasts the largest pageant every year.